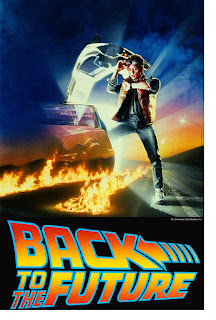 Okay so this isn't a review because honestly this is one of the most epic trilogies of all time and you all have seen these movies already and if you haven't....well then we can't be friends. Just kidding....but only a little.
I guess I'm making this because I just recently rewatched the trilogy and I felt compelled to do a little research for random trivia bits that hold no real value, my specialty. So for however long I feel like writing, this will be full of little tidbits you may or may not have heard of before all about Back to the Future (1985), Back to the Future II (1989), and Back to the Future III (1990).

One last thing I forgot to add. I'm sure many people who will read this will have seen this link on my Facebook page but in any case....Here is the creepiest kid ever, and he appears at the very end of the series.


There are definitely other things I could tell you, but I'm a little tired and I've got other things to do.
Later days.