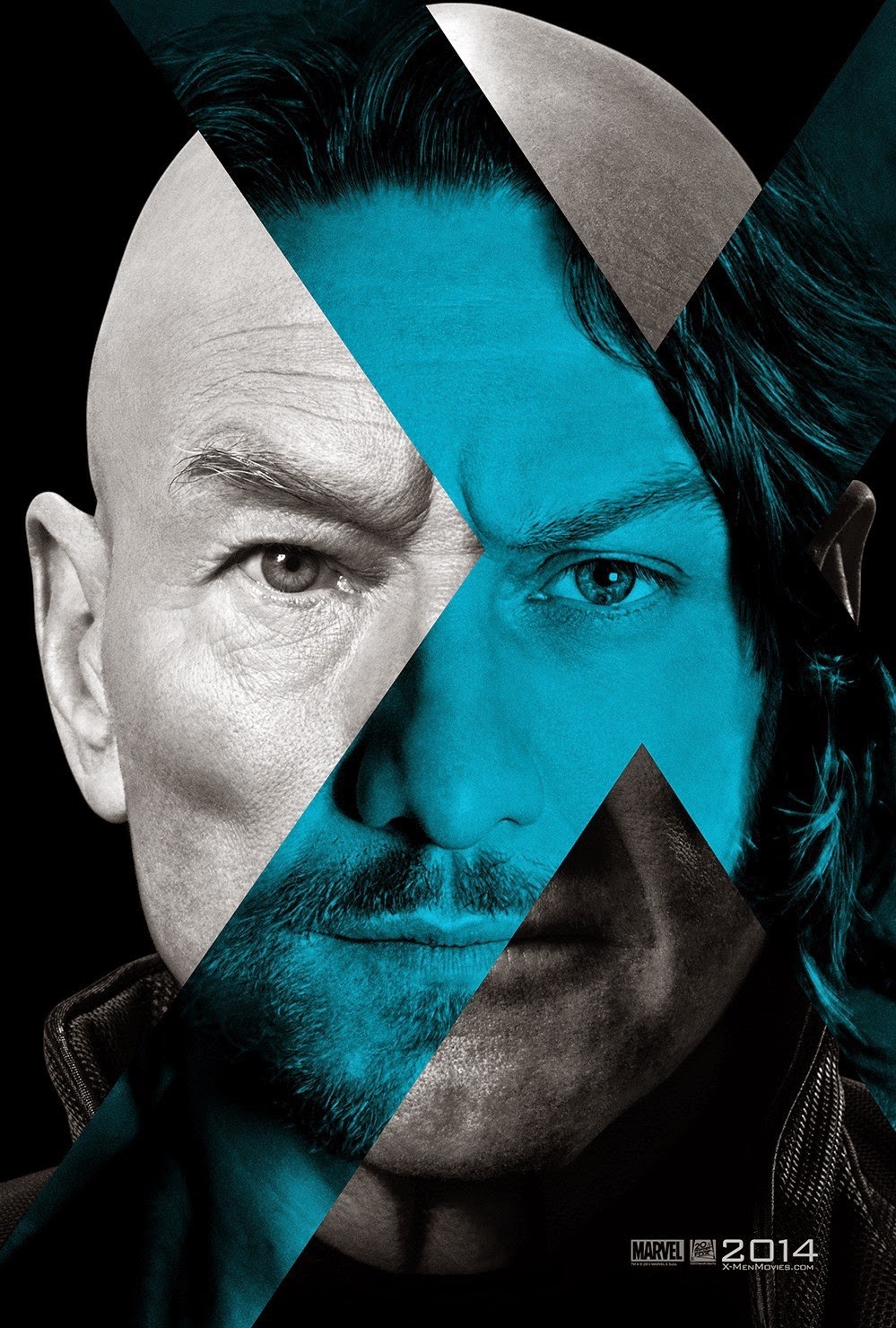 This is probably the earliest I've seen a movie in theatres since I saw Snakes on a Plane (2006) at a midnight screening. Not a single mistake was made that night.

In any case, I had a creeping urge, an itch if you will, to see the newest instalment of the X-Men film series, X-Men: Days of Future Past. It is the return of Bryan Singer to the director's chair. Although I was excited about seeing a movie on opening night, I came to realize that I had to see the film in at least 3D (as 3D: AVX was also an option). I never gave 3D a fair chance so I kept an open mind going in. It did not sway me. Apart from snow coming down in a few scenes during the 131 minute run, the 3D plays absolutely no role other than to strain your eyes. Do yourself a favour and go with the regular price.

I know you're excited to read about the movie but I have to preface it with a few things. From what I had previously heard, many of old cast such as Storm or even Professor X (Stewart) who appeared in the trailer were to only have cameo roles. Thankfully this was, for the most part, not the case. Although the roles they play are much smaller than would have been appropriate in one of the original trilogy; this movie is not about them. There are plenty of cameo roles from many of our old favourites and they don't amount to much but its nice to see them after The Last Stand debacle and the destructive powers of director Brett Ratner. Also if you don’t know very much about X-Men history, do yourself a favour and spend a little time getting lost in X-Men Wikpedia links.

The movie starts pretty quick. It's the year 2023 and the Sentinels have wiped out most of the mutants and those humans willing to help them. The remaining few X-Men and other mutants rally together for survival. There will be a few new names in the description below so just follow the links for more information. In what should have been the real "Last Stand", the small band of Shadowcat, Iceman, Warpath, Blink, Colossus, Sunspot, and Bishop meet up with the old guys, Professor X, Wolverine, Storm, and Magneto to end things once and for all. In an extension to Shadowcat’s powers, she is able to send a person’s consciousness back in time. The Professor intends to use this power to go back to stop the war on mutants from erupting and preventing the genocide of the mutant race. Unfortunately this is too dangerous for his mind and so they decide to send Logan (Wolverine) back because of his nigh immortality. He is sent back to 1973 to reunite Erik (Magneto) and Charles (Professor X) in order to stop Raven (Mystique) from starting it all. Hank (Beast) has been tending to the injured Charles and although they are reluctant to believe Logan, through some persuasion they agree to try. In order to free the imprisoned Erik, they recruit the help of a surprisingly likeable Peter Maximoff (Quicksilver). Once free, Erik gets back to his old tricks but that doesn't become so apparent until later scenes. They do all have a common enemy this time as they try to stop the misguided blind ambition of scientist Boliver Trask from starting the Sentinel program.

There are a few areas where hardcore fans may object. First, the Sentinels look weird as compared to the ones we saw in the beloved 90s X-Men series but I'll accept that. Also they include Bishop in this film but he seems more of a supplementary character as he could be removed with no change to the plot. Bishop is supposed to be able to time travel but that doesn't come up in this time travel driven plot. Besides this power would have rendered the entire plot line pointless. Also, in the original comic it is Shadowcat herself who goes back. Seeing as in the film universe she would not have been born yet, this way seems more appropriate. I'm not going to spoil the ending but everything is wrapped up in a tight little bow and it was just too easy for my liking. There is definitely more to point out but it eludes me at this point and you can just watch it for yourself.

The acting was pretty standard it was, good but nothing out of the ordinary. However, I did quite enjoy Peter Dinklage as Boliver Trask. I mean he's fantastic in every role so it wasn't shocking. Hugh Jackman is solid as always and I like Wolverine but its starting to be too much. He is the focus of too many movies. The film series might as well be called Wolverine and the X-Men. I definitely enjoyed the pacing of the movie. It's not always action packed or not always overly serious but has a nice balance to change gears enough to keep you intrigued. A bit more explanation in the beginning would have been helpful as some X-Men novices, myself included, might find themselves a bit lost.

Go see it for yourself, it is definitely worth the money to go out and see (but not in 3D). Afterwards, you may want to stay after the end credits because there is definitely something to see. It's not anything surprising but certainly sets up the next film X-Men: Apocalypse (2016). If you are familiar with basic X-Men lore this may make you feel a bit tingly and certainly excited for what I hope is a cap to a superior film trilogy.

Notes:
- Poster image obtained from www.impawards.com
- The trailers seen before the feature presentation were (in the order in which I remembered them): Guardians of the Galaxy, Transformers: Age of Extinction, Dawn of the Planet of the Apes, and a sneaky film I had never heard of called Kingsman: The Secret Service.
- There may be something beyond the first post-credits clip but unfortunately I didn't want to stay for however long that might have taken.
- Halle Berry became pregnant before production and so her role had to be significantly reduced from what it was meant to be.
- I don’t like that they named him Peter because his name is Pietro but maybe they know something I don’t. They also make a sly reference to the fact that Quicksilver is Magneto’s son.