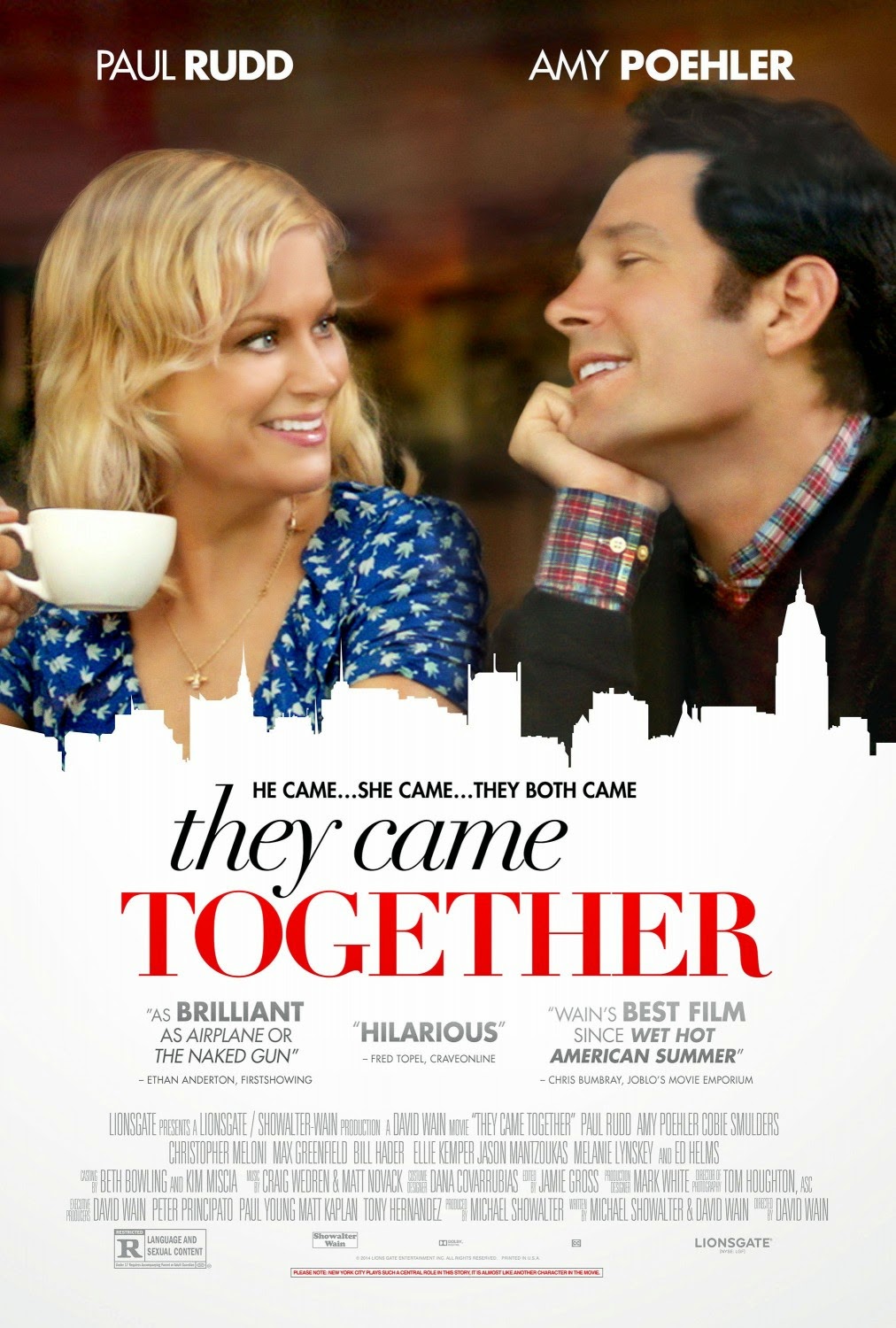 I didn't have the fortitude or the will to keep up with the 100 day challenge. It was actually a single movie that felled me. It temporarily sucked the soul from my being and made loathe writing about movies from a couple weeks.

Just so you know this movie was They Came Together. I won’t talk about it much but I do have a few words for it. This Paul Rudd and Amy Poehler vehicle and Wet Hot American Summer reunion is a parody of different rom-com clichés that went a little bit too far. I do understand the tone and comedy they were going for but I found it missing more often than not. It seemed a little too forced and they tried to accentuate all the wrong jokes in all the wrong places. I did have a couple of laughs while I watched it but they were few and far between. Although, I have to admit that poop jokes will always get a laugh, especially whilst being delivered by Christopher Meloni.

At least for me it felt like a YouTube parody video that went on for 80 minutes. A sub par SNL sketch that lasted the whole episode and left you wishing you had gone out and rolled in human feces instead of watching it. Okay I am being extra harsh for comedic effect but it did put me off writing anything for over two weeks so take that however you wish.

I would liken whoever saw this in theatres to Bill Hader and Ellie Kemper's characters, just trying to get out of an awkward situation but can't. In the vein of Scary Movie, Not Another Teen Movie, and the whole parody film genre, it was fun for a while but it has been played out. It runs jokes into the ground but does so playfully. If you don't mind those parody movies and even want a little more in terms of quantity and potency then check this one out. If you are a decent, self-respecting human being I would steer clear.  I am slowly getting back in the mood to write so hopefully this hasn't left a permanent bad taste in my mouth because I do enjoy the individual people involved it just didn't pan out this time.