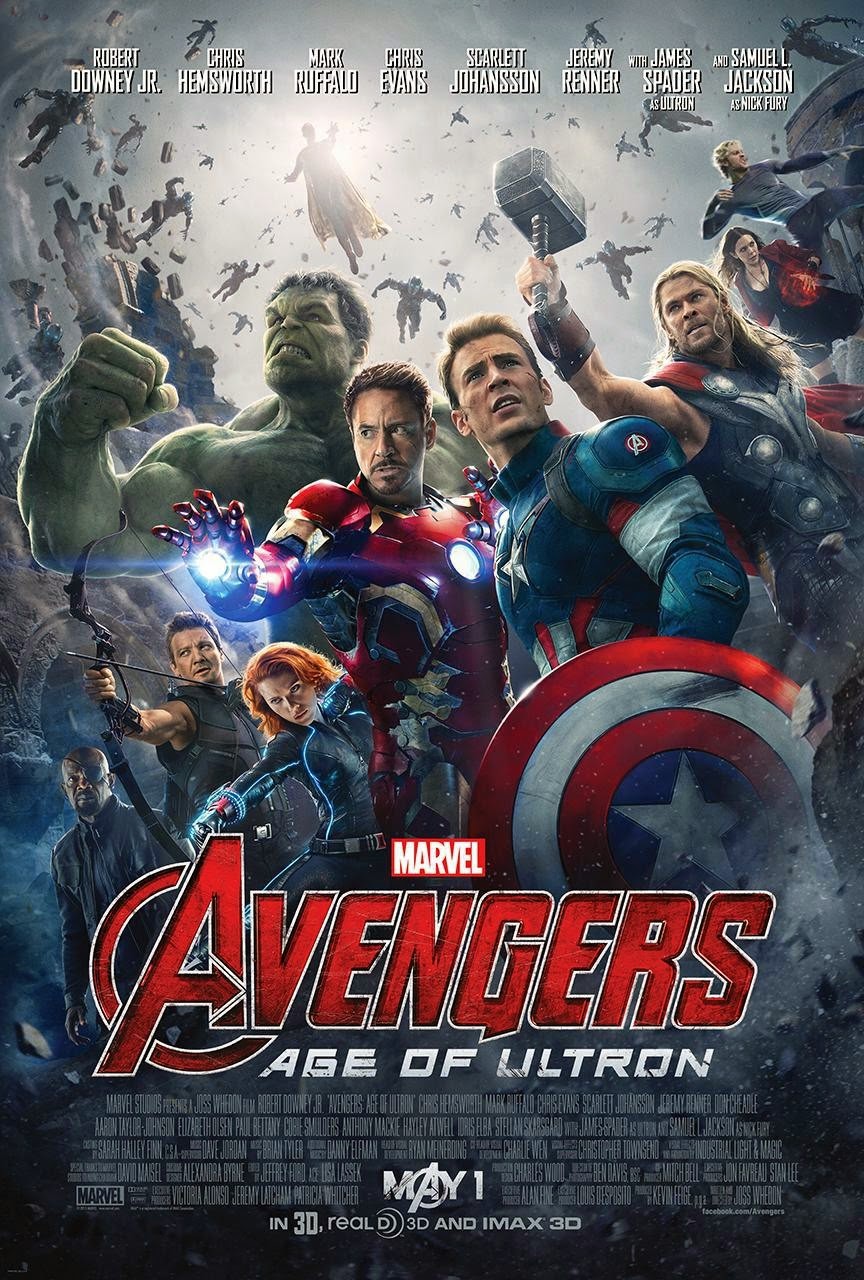 It's official, the summer blockbuster season has begun! In recent years a big budget superhero movie tends to start us off and Avengers: Age of Ultron is definitely a worthy flag bearer for the flood of this year's additions.

The Rundown: After retrieving Loki's Scepter from a HYDRA stronghold Stark decides to research the scepter and finds something that might just bring peace to the world. His unfortunate mishap results in Ultron, an artificial intelligence hell bent on destroying the Avengers and the human race (villains are all the same).

As usual, the witty comedic style we've come to know and love from Marvel was in full force. I found the opening action sequence a bit jarring and almost too animated but I could live with it. I can only guess it was made for 3D but it hurts my eyes so I opt to save the $5 or so.

Thankfully I had no such gripes later in the film. Overall the action was pretty crisp and was bolstered well by the abundance of debris from Ultron's legionnaires being utterly destroyed and blown apart in oh so many ways.

Newcomers Elizabeth Olsen and Aaron Taylor-Johnson were pretty enjoyable with their generic Eastern European accents (or Sokovian as per Marvel lore). I prefer Evan Peters' Quicksilver from Days of Future Past but only just. When I first saw production stills of Taylor-Johnson's look in the role I had my doubts. The character was a little darker, a little less goofy, but all in all he brought his own in a star studded ensemble. The two were solid, late additions to the Avengers crew. It just makes you think how big the cast will be once the Infinity War starts kicking off.

I actually wrote this whole thing and forgot to talk about Vision so I am going to subtly slip it in like it was meant to be here this whole time. Vision is an android designed as the final vessel for Ultron's intelligence. Vision is created using Vibranium to bond with human cells as well as the power of the Mindstone (the Yellow Infinity Stone). Paul Bettany gets buff and painted up to play the part and it certainly wasn't as campy as I feared it could be. I spoiled the storyline a bit because I knew he would be playing the character while also previously voicing a very familiar friend to Stark.

I don't often like reading more critical and general negative reviews that oppose my own but Forbes had one that does touch on some valid points. They call Ultron "lame" but I think that is a bit harsh. James Spader gives Ultron a funny, yet diabolical whimsy but he doesn't quite instill the kind of fear or terror as would be implied in the trailers. The article also gets it right in that the movie does try to keep track of too many characters. It did need to happen though in order to ease audiences into what will be a zoo of heroes in the Infinity War films.

To throw in a little criticism of my own, the dramatic moments with Barton, and especially those between Natasha and Bruce were a bit clumsy but the quick quips and clever one liners that were ever so cooly slipped in saved us from any lengthy discomfort. Also, the introductory HYDRA crony Baron Wolfgang von Strucker has a made up sounding name and looks like the Colonel Klink's poor, sad, and less successful younger brother.

Is it better than The Avengers? No. Is it worse? I don't think so. In any case it has a little more awkward drama, the same style and humour, and I personally liked the polish on the action more even if it was more chaotic.

I know you're going to watch it so no endorsement needed from me.

There is an extra scene at the end but if you've been following the Infinity War setup you won't be surprised by it.

Notes:
- The product placement was a little more blatant than usual or maybe I'm just more aware of it. Beats by Dre, Audi, Samsung, and Adidas really made their mark in this one.
- Andy Serkis is almost non-existent in his tiny role and I wish he could have done more. Julie Delpy's role is even shorter and I only caught her because I knew she was in it.
- Idris Elba looks good out of Heimdall's gold armor. It suits him better. Catch that pun?