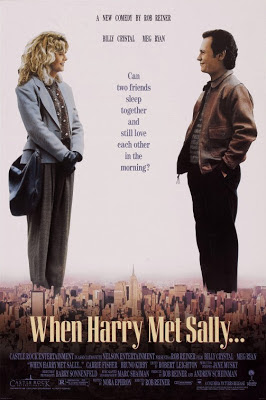 I was really bored so I decided to make a list of my favourite romantic movies for all the couples out there with time to burn this Valentine's Day. This list will only contain movies I have actually seen so unfortunately it is more biased towards more recent movies. I will watch a lot of the old classics because I am sure they are wonderful but I just haven't gotten around to it yet.

Feel free to judge and mock my choice of films. I very much enjoy romantic movies and romantic comedies but also have odd tastes in some. I will have some movies that some of you will agree with and others that you won't. Some of these movies can barely even be classified as romance, they just happen to have some in them but that's alright with me. I have most likely forgotten a lot but that's okay because this is just to give people some ideas of what might be a good, stay in and cuddle on the couch movie.

These movies will be in no particular order, just the order I remember them in.

Serendipity (2001) - Kate Beckinsale, John Cusack, Bridget Moynahan, Jeremy Piven
- This is one of my favorites because even though you know it can't happen you always want to believe in the fairy tale, fate, destiny crap. Very cliché and predictable as are most rom-coms but it is still pretty great. Kate and John have a great chemistry and Eugene Levy has an awesome Cupid-like role (I might just refer to this later.)

500 Days of Summer (2009) - Joseph Gordon-Levitt, Zooey Deschanel, Chloe Moretz
- Another of my favorites, of course most on this list will be. I find Zooey absolutely adorable, hot in the best way possible and despite others, I don't think she looks like Katy Perry. Joseph has finally grown up from his 3rd Rock days and I am looking forward to seeing some more of his stuff. This movie is mostly for the guys because it deals with the male point of view for a change. It is fairly honest and a pretty decent breath of fresh air from the predictable, pointless rom-coms getting pumped out every year. It is almost all based on true events too. If you get a chance you should check out the commentary of this film it gives you a better idea of what meanings came from different scenes. Also, before I forget, Chloe Moretz was awesome in this movie. She is playing some pretty grown up roles with this one and in Kick-Ass.

When Harry Met Sally (1989) - Meg Ryan, Billy Crystal, Carrie Fisher, Bruno Kirby
- A classic, even though it isn't that old. You got to love vintage Meg Ryan, she looks kind of freakish nowadays though since her plastic surgery. Billy Crystal is great in this too, a little more vulnerable than you usually see him but it's a nice change. Carrie Fisher and Bruno Kirby round this cast out nicely being the best friends of our leading man and lady. Meg is high maintenance and peculiar and Billy is the perfect ass but they seem to make it work. This follows a great story of how two strangers became friends then realized they wanted to be more than that. Meg's fake orgasm scene is pretty intense and is a bit odd since her character is usually quite reserved. In any case it was....interesting. A must see if you haven't already seen it. Also, Harry Connick Jr. did the music for this movie, yeah he's older than you'd think.

Sleepless in Seattle (1993) - Tom Hanks, Meg Ryan, Bill Pullman, Rosie O'Donnell
- The second time Meg and Tom team up (first time was in a movie not too many people remember called Joe Versus the Volcano (1990)). A willing suspension of disbelief is needed for movies like these. This would never happen in real life and it's ridiculous but that makes for good entertainment. Movies would be boring if it was just copying the possible. I don't really have a lot to say about this movie. It's just good romantic entertainment. This was before all the tainted money making schemes of today's Hollywood movies. See it, it really is good. If you already have, watch it again.

You've Got Mail (1998) - Tom Hanks, Meg Ryan, Greg Kinnear
- Tom and Meg, take 3. Pretty sure this is the last one they'll do they are getting old and Meg looks like someone put her face on too tight. I'm sure Tom wouldn't want to hit that again. No Oscar worthy performances here but a nice little movie that'll still probably make you say "Awwww".

Definitely, Maybe (2008) - Ryan Reynolds, Abigail Breslin, Isla Fisher, Elizabeth Banks, Rachel Weisz
- Not the greatest but it's cute. Some people don't like it, I love it. Ryan Reynolds is as solid as ever being the guy people can relate too but being unrealistically good looking in the process. Abigail Breslin works well as Ryan's daughter, not her best performance but she's what....like 12? I'm sure her best is yet to come. Ryan's love interests are played by Isla, Elizabeth and Rachel, all gorgeous and all older than I thought they'd be. I have a huge crush on Isla Fisher, just something about her. Too bad she married Borat and is like 15 years older than I am. No shocking plot twists but that doesn't mean you won't enjoy it. If you aren't paying attention you might be surprised by the ending...but I doubt it. A great at home date movie.

High Fidelity (2000) - John Cusack, Joan Cusack, Iben Hjejle, Jack Black, Tim Robbins, Catherine Zeta-Jones
- A movie about break ups. John's character Rob Gordon really likes to rant about how these girls broke his heart but he's a baby about it most of the time. This shouldn't come as a surprise all guys are babies about this stuff in their own way. His leading lady is someone you've probably never heard of, Iben Hjejle, she hasn't done a lot in America mostly doing...what seems to be Danish cinema and television. Another great movie from one of Hollywood's leading rom-com kings. People forget Jack Black was in this movie, although he's pretty much the same character...so you probably wouldn't miss his performance.

She's Out of My League (2010) - Jay Baruchel, Alice Eve, Krysten Ritter
- Surprisingly funny. I was really expecting to not like it but when I saw the trailer I started to have high hopes. This movie isn't for everyone, that being said I cracked up just about the whole movie. Jay is typecast like always, he's basically what Michael Cera is but funnier and slightly less awkward....just slightly. The English Alice Eve and Krysten Ritter both chip in great performances. The other guys in the movie aren't huge stars but they've done a few things. I'd write about it but I'm getting pretty tired of writing. Two of the supporting males in the cast have been on How I Met Your Mother as side characters, I bet you can't figure out who they are....without the internet obviously, that'd just be cheating. I really quite enjoyed this movie and highly recommend it.

Say Anything (1989) - John Cusack, Joan Cusack, Ione Skye, John Mahoney
- One of John's first leading roles and I personally think this is probably where his career really started to take off. He actually was in several movies before this, notably Sixteen Candles (1984) and Stand By Me (1986) though not in many scenes. I like this movie but the ending is a little odd, I'm not sure what it is about it, not that'd I'd spoil it for you. It just doesn't sit well with me how it ended. That's the best way I can describe it I guess. John Mahoney puts in a great performance as the good guy with a bad side, or is it the other way around? If you're anything like me you probably say him on Frasier for 11 years as Frasier's dad, Martin Crane.

Grosse Pointe Blank (1997) - John Cusack, Joan Cusack, Minnie Driver, Dan Aykroyd, Jeremy Piven
- Not a straight forward romantic movie but more of a blend of a bunch of different genres. A little action, a little comedy, some drama and of course your romance. As you may have guessed I'm a Cusack fan. No man crush intended, I just think he's made for the genre. Sadly, that does make it harder to do other roles. Can't get a much better story than a hitman falling in love all over again when he goes home for a high school reunion. Minnie is as hot as ever in this film, granted it was 13 years ago but she is still hot. She doesn't get to display it but her accent is pretty great too. Dan Aykroyd brings the comedy as usual. He's the bad guy you can't help but love. Again, one of my favorites, mainly because it has a little bit of everything and combines my two favorite movie components: romantic storyline and mindless violence and gore. Not many of those out there. Maybe not the best movie for V-Day, then again, maybe it is.

So thats the list for now. I just got tired of writing I'll probably do some more, maybe tonight maybe tomorrow morning. For now that's it. I'll include some animated movies and more of my favorites in the second part.