So here is the last part of my Valentine's Day Movie List. I won't write quite as much because well I'm just a little lazy.

The Wedding Singer (1998) - Drew Barrymore, Adam Sandler, Christine Taylor
- The 80s never looked so good. Oh the hair and the fashion that would never pass these days are just too good to pass up. Adam Sandler is less Billy Madison and slightly more of an actual leading man, just the slightest bit. Also the old granny, played by Ellen Albertini Dow who will turn 100 later this year, raps up a storm and is probably one of the greatest things in recent memory.

Pretty in Pink (1986) - Molly Ringwald, Jon Cryer, Harry Dean Stanton
- Molly is pretty annoying sometimes but she has a quirky, relatable quality that you can't hate for too long...in one sitting. In any case, another great John Hughes teen movie that teaches us all a little bit about growing up. That being said how Duckie's story ended is pretty unrealistic and don't rely on it if you're a nerdy dude.

Pretty Woman (1990) - Richard Gere, Julia Roberts
- A high class businessman falls in love with a prostitute. It's an endearing story despite being unrealistic. I didn't see this movie until earlier this year but it was a nice surprise. Richard Gere and Julia Roberts work really well as the unconventional couple we know and love.

10 Things I Hate About You (1999) - Julia Stiles, Heath Ledger, Joseph Gordon-Levitt, David Krumholtz, Larisa Oleynik
- Definitely my favourite teen movie of the 90's. A great pairing of Heath Ledger and Joseph Gordon-Levitt before they hit it big. This movie wasn't crass like American Pie but still had healthy doses of comedy. This movie really influenced how I grew up despite being a little before my time.

The Princess Bride (1987) - Robin Wright, Cary Elwes, Mandy Patinkin, Fred Savage
- There are a lot more great actors and great cameos in this movie. They don't make comedies like this anymore. One of the greatest movies I've ever seen. It spans a lot of genres; Fantasy, Action, Comedy, Romance. A must watch no matter the occasion. 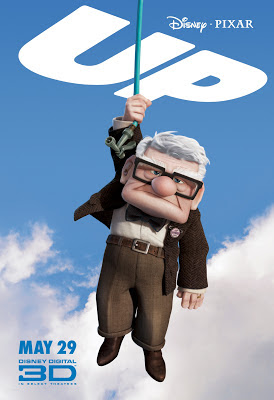 A lot of people overlook romance in animated films. This is a grave injustice and so I want to let you in on some that I enjoy. By no means are these the only romantic animated films or the only ones that I like but I had to cut the list somewhere.

WALL-E (2008) - Ben Burtt, Fred Willard, Jeff Garlin, John Ratzenberger, Sigourney Weaver
- My absolute favourite romance related animated film. I know there are a few people who actually don't like this movie, maybe because it reminds them of an animated version of 2001: A Space Odyssey, maybe it's for other reasons, I don't know. It just reminds us of two very important things. Firstly, that animated can be touching and emotionally driven and secondly that you don't need dialogue to drive a story. If you haven't seen it you're missing out. I had put off watching this movie for probably about a year and a half and I wish I hadn't.

Beauty and the Beast (1991) - Paige O'Hara, Robby Benson, Angela Lansbury
- To be fair I haven't really heard of most of the people in this cast but does it really matter? It's a great Disney film with a cliche but musically amazing score that will fill you with nostalgia and remind you of the times when you used to have recess and crustless sandwiches.

Aladdin (1992) - Scott Weinger, Linda Larkin, Robin Williams, Gilbert Gottfried
- Adventure, romance, action, musical numbers, what more could you ask for? I'm sure you can think of something you greedy bastard. Anyway....first animated movie to gross more that $200 million. Not too shabby.

Up (2009) - Edward Asner, Jordan Nagai, Christopher Plummer
This clip is enough proof of why this movie belongs here. It is a great kid's movie with a great romantic back story for the older viewers. [SPOILER ALERT]: The first six minutes of this clip aren't a spoiler because it is practically the first six minutes of the movie, however at roughly the 6:00 mark it'll skip to the end bits, and although it doesn't really spoil anything it's just kind of nice seeing the whole movie as it builds up to it. If you haven't seen it you're missing out.

The Lion King (1994) - Matthew Broderick, James Earl Jones, Jeremy Irons, Nathan Lane, Jonathan Taylor Thomas
-This is another movie that uses great actors and most know that the voices are familiar but aren't sure who the actor/actress is. There are also great parts by Whoopi Goldberg and Rowan Atkinson, you'll know who they play if you just think about it. When I think of The Lion King, I always think of it as a classic an older Disney movie from a different era. However, here is one crazy piece of trivia, it was released in 1994 only a year before Toy Story. It makes you think, damn is Toy Story is and old movie or maybe that The Lion King is actually pretty recent. Then again it might make you think, damn I'm old. If it's the latter....well I can't really help you there.
Howl's Moving Castle (2004) - Christian Bale, Jean Simmons, Emily Mortimer, Lauren Bacall, Billy Crystal
- A surprising cast for the English dubbed version. I actually didn't really recognize it was Christian Bale the first time I watched it. Hayao Miyazaki is a genius when it comes to making animated features. If you haven't seen anything he's done I would strongly recommend you do. Some of his work is a little more far fetched and leaning towards the more hardcore anime fans but I'm sure something in his repertoire will appeal to you. Howl's Moving Castle is just fantastically animated and the story, although dark at times, is very strong and will captivate you such that you'll just want to keep watching.