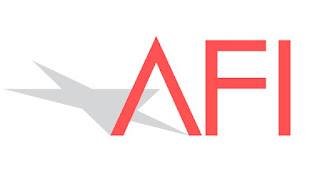 So I'm going to try something a little more ambitious than usual.

Despite my love of film, I still have serious gaps in my knowledge of some of the great classics of cinema. There are tons of excellent movies I haven't seen and so I wanted to undertake a project that was a bit different.

The American Film Institute has created a series of special lists of great American films over the years. They call it the AFI 100 Years... series. It's a great place to look for great movies to watch if ever you're wanting something with a little more substance than a lot of the, perfectly respectable but not quite as memorable, movies of today.

I wasn't quite sure which list to choose to do but I think I've settled on AFI's 10 Top 10, that way I can get a wide range of movie viewing experiences over both genre and cinema era. This list was voted on by 1500 leaders in the film industry and they chose from a list of 500 nominated films. The AFI's 10 Top 10, was created in 2008 and includes the Top 10 movies in each of the following genres:

I'm not really sure how long this will take me or even how I'll go about doing it. I was thinking about doing one a day for 100 days but that seems almost excessive to a point, we'll see what happens. Maybe I'll do it every other day, who knows. In any case, AFI has compiled a great list of American cinema classics and I'm excited to get into it.