I got the opportunity to go see an advanced screening of The Muppets and I'm finally able to review of a movie that almost no one has seen yet.

I'm definitely a huge fan of The Muppets but I mean who isn't? When Jim Henson created these cheesy, adorable, hilarious weirdos back in the 50's, who knew they would come this far? I have seen a lot of The Muppets over the years in movies like the original three Muppet movies: The Muppet Movie (1979), The Great Muppet Caper (1981), and The Muppets Take Manhattan (1984). As well as their more recent theatrical releases: The Muppet Christmas Carol (1992), Muppet Treasure Island (1996), and Muppets from Space (1999). As for the Muppets on television, unfortunately I was a little too young to fully appreciate The Muppet Show (1976-1981) and I didn't really like the 90's incarnation in Muppets Tonight (1996-1998). Of course you can't leave out the gang over at Sesame Street, where the Muppets got their first big break.

In any case on to our feature presentation. The journey begins by following two brothers Walter and Gary, and Gary's longtime girlfriend Mary as they travel to Los Angeles on vacation. They soon find themselves in need to save the old Muppet Theater and Muppets Studio from destruction at the hands of wealthy oil tycoon Tex Richman. The three Muppet fans venture off to reunite the whole Muppet gang to put on the show one more time.

That's my short abstract about the movie, I didn't want to give too much away, you'll just have to go see it.

Walter is the newest Muppet and is Gary's brother. He is the Muppets' biggest fan because they are the only ones he can relate to. Basically all the main Muppets (excluding those from Sesame Street) are present and accounted for, although I did notice a lack of Robin the Frog (Kermit's nephew). That being said, I think if Robin had any part at all it would have interfered with the dynamic of the characters and the plot of the movie. I'm sure there are other main ones missing but I wasn't paying that much attention.

There are also tons of cameos (and this may not be the full list and it may not be in order of appearance, I'm basically going from memory):

I'm probably missing a few but I'm sure you'll catch them when you go see the movie. There is a longer list of celebrity cameos on the Wikipedia page but I'm pretty sure about half of them don't appear at all so that can't be trusted.

Overall the cast is phenomenal and does justice to the classics of the film series. 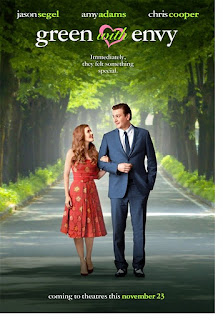 Although he doesn't appear on screen, Bret McKenzie from Flight of the Conchords was the Music Supervisor for the film as well as writer of several new songs.

The movie features old classics from previous Muppet films, covers of some great hits, as well as brand new originals like "Life's a Happy Song", the film's opening performance. It didn't play in the film itself but the new version of the Muppet Show Theme Song was done by OK Go. Some people didn't like it because it differs rather drastically in some senses from the original theme but I liked it. If they wanted to rehash the same old song they wouldn't have asked OK Go to make a new one. If you haven't seen it you should take a look.

All in all this movie was amazing, I couldn't have imagined anyone other than Jason Segel (along with Nicholas Stoller) writing this movie. It was clever and fun, and I found it appealed just as much to adults as it did to kids. For me it can't hold a candle to the original Muppet Movie or my personal favourite A Muppet Family Christmas (if you have ever seen this movie you'd probably know why) but I'm a fan of the classics. Still it was very well made, it tastefully revived old songs and old gags and it was probably one of the best movies I've seen this year. It officially releases in theaters on November 23, so I suggest you save the date and buy a ticket, you won't regret it.

P.S. I'm not sure if it'll be the same but when I went there wasn't anything after the end credits....just letting you know.