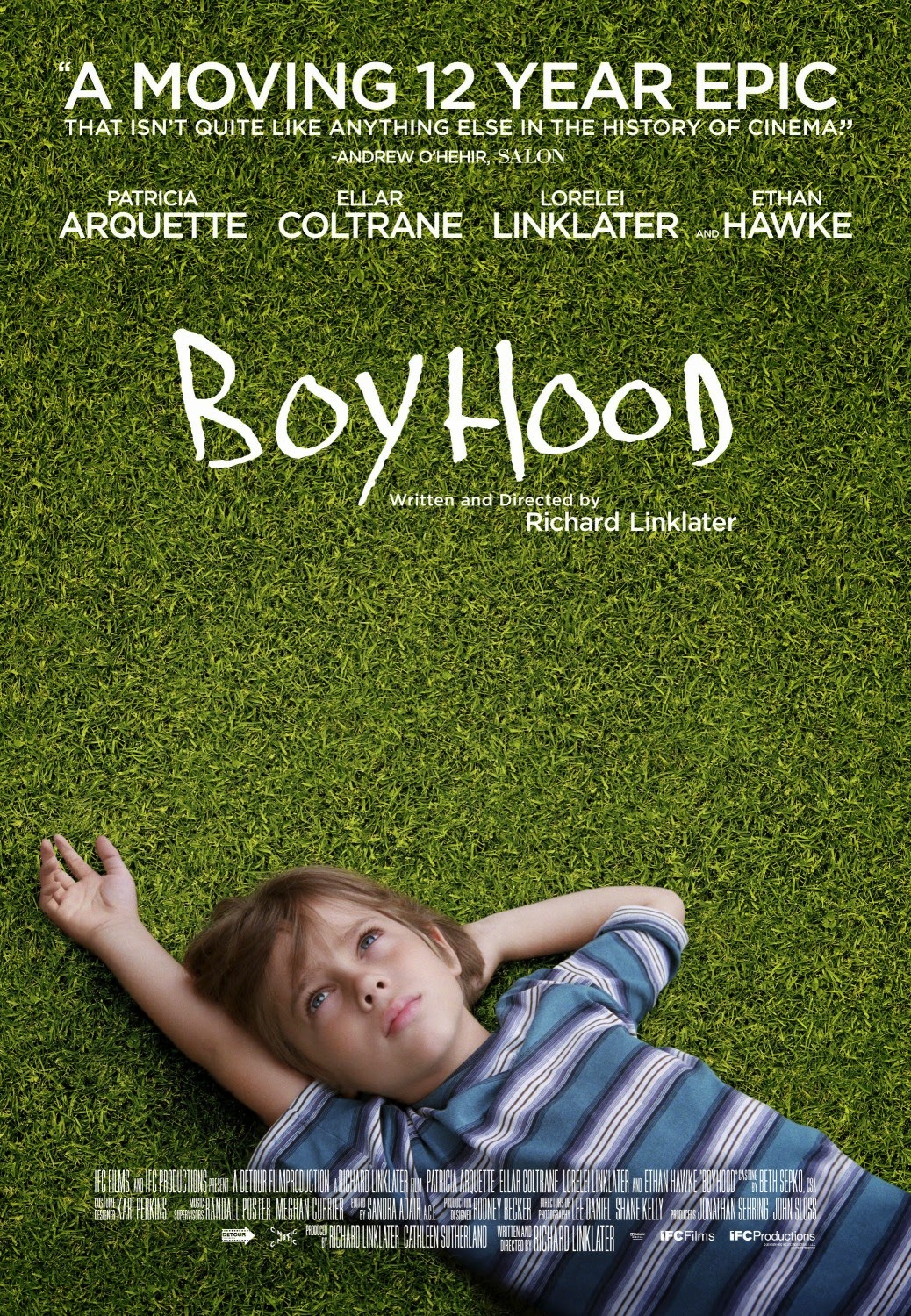 I am going to disappoint some people because sadly I did not complete my quest to watch all the Best Picture Oscar nominees before the big event.

I could not finish Richard Linklater's Boyhood but it wasn't due to lack of time.

Call it sacrilegious, call it whatever you want. I just didn't like it. I only got thirty minutes in and let's take a look at those thirty minutes.

DISCLAIMER:
(Please don't take my opinion seriously. I didn't finish it and 98% of the Rotten Tomatoes community seem to like it so I'm in the minority. Just enjoy my rant from here on out.)

We always see the divorced single parent trope in movies but rarely do we see it kids' point of view. Linklater puts a novel spin on old material and I can't fault him for that.

I think for me the problem is that in those first thirty minutes, I hated every character that appeared on screen. I'm not saying their performances were bad but the characters just made me want to smack some people. Maybe that is what he intended. I'm certain some of them grow into perfectly respectable people but....

Okay let's put it this way. I compare it to watching Harry Potter and the Order of the Phoenix but instead you replace every character with Dolores Umbridge. Great acting but if I had to watch that I would probably gouge out my eyes or punch my screen. A bit extreme but I am do so for the sake of being dramatic.

I love Linklater's long term trilogy Before Sunrise, Before Sunset, and Before Midnight. It follows two lovers across an 18 year span. These movies are often mundane, unbroken, long winded, and hard to watch and I love them for it. Boyhood seems to share many of the same qualities but never hooked me. If the hook is beyond 30 minutes I'll be reticent to try to watch it again.

I put Take 1 in the title because I will give it another chance in due time. There are a number of factors that may have driven me not to like the movie.
I am surely being too harsh to it without giving it a fair chance but that is what I think right now. 30 minutes felt like two hours and 165 minutes would feel like a hammer to the temple claw side first.

I really don't have that much against the movie, it just didn't hook me. For now I will shelf it along with some other movies I haven't finished like Lincoln and Robin Hood.

Notes:
- Instead of finishing the movie, I watched some YouTube videos then went to bed. I think I watched Guy Falling for 9 Seconds about 10 times.
- Richard Linklater's daughter Lorelei makes you want to give her a good smack every time she does anything, says anything, or appears on screen. I do not condone child abuse but some discipline helps in the long run. Maybe that's the old fashioned talking.