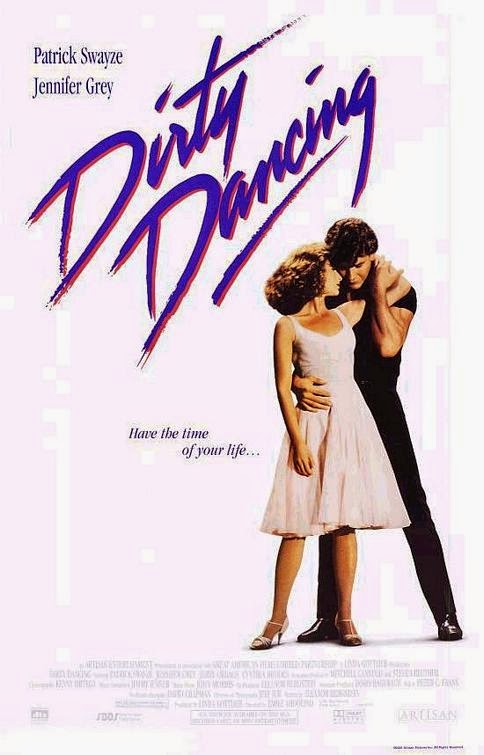 It has taken some time to fill in the gaps of my movie knowledge but I'm slowly getting around to some important ones. A couple years ago, I caught up on great dance/musical movies Footloose and Grease, and finally....FINALLY, I've gotten around to watching Dirty Dancing.

There are so many references to Dirty Dancing in both cinematic history and daily life that I felt I had already seen it. I thought it would be kind of fun but ultimately disappointing. I'm always glad to be proven wrong. It is great entertainment and I loved watching a clever montage of little Frances Houseman transform from a sweet, shy, innocent girl to the gyrating dancing queen she knows she is.

If you don't know the plot yet, Frances "Baby" Houseman (Jennifer Grey) and her family go to the Kellerman's resort in the Catskills. With aspirations of saving the world and her genuine apathy for being there, she gets bored very quickly. That's when she sees Johnny Castle (Patrick Swayze), the hunky male dance instructor. When Johnny's dancer friend Penny gets into some real trouble, Baby has to step in and fill her dancing shoes. Cue the montage!

Obviously Baby and Johnny fall in love but that seriously complicates things. In the eyes of everyone but them, they aren't supposed to be together.

Skipping over some plot points to the end; it is the night of the big talent show and the big dance number that Johnny always performs. We hear Swayze utter those famous words,


"Nobody puts Baby in a corner"

That line had so much power before I saw the movie. Patrick Swayze returns and sees Jennifer Grey sitting in a corner watching the talent show with her parents and spouts off the line nonchalantly. I know the line is a metaphor and has another meaning but it still is a ridiculous line. Thankfully, the movie itself is very theatrical so it is the whip cream on top of the fantastical sundae that is this movie. The cherry is the closing number with Baby and Johnny, complete with the Swayze stage jumps, and the now iconic Dirty Dancing lift. 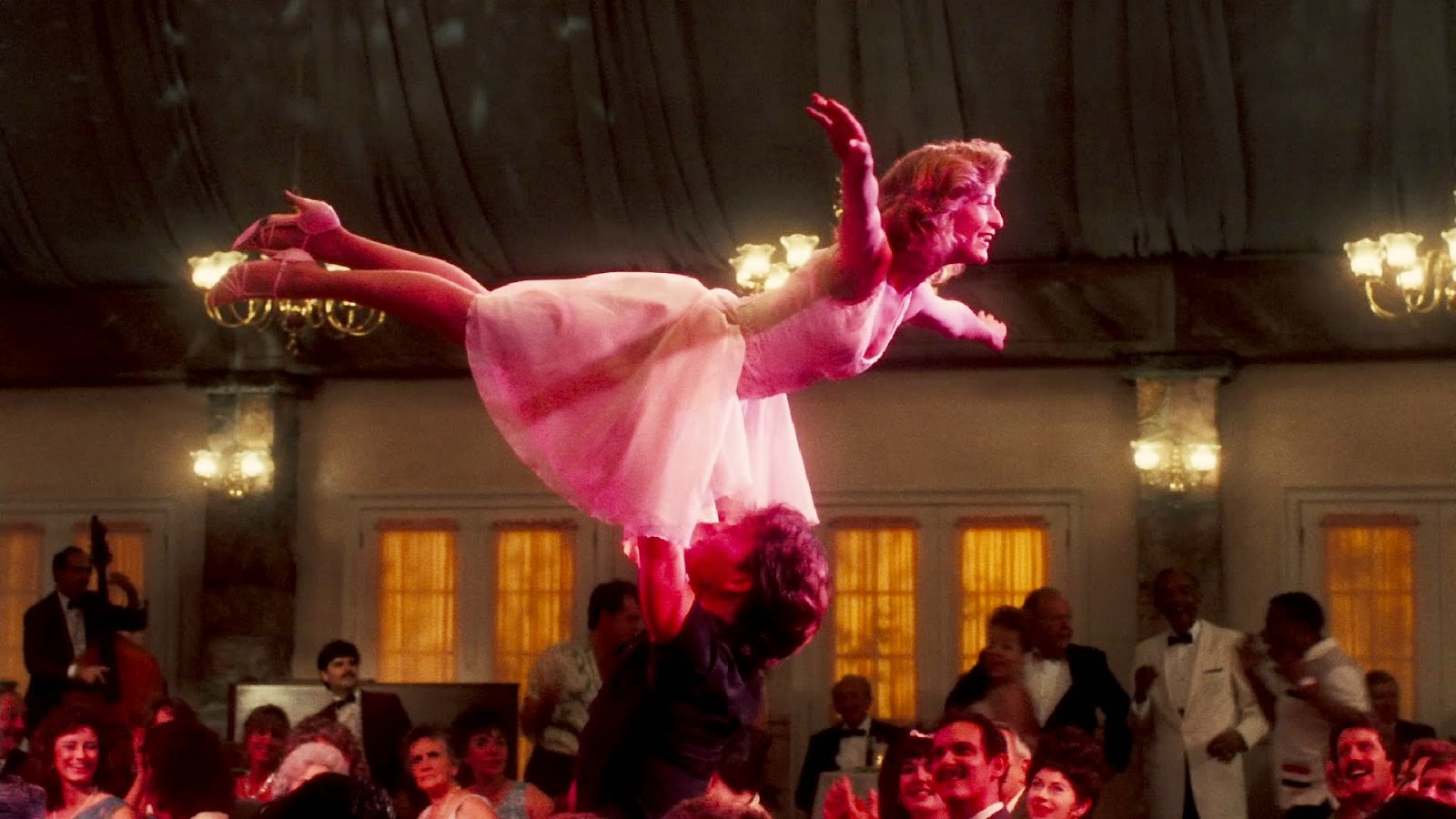 The movie only starts rolling when she meets the guy, so it fulfills all the requirements for a teen romance flick. Even though Grey was in her mid-20s she passes effortlessly as a teenager. With Swayze his mid-30s...well I'm not sure Johnny's age but I'm sure it's not that old. The wonders of movie magic!

I really enjoyed the Penny story because it provided the catalyst for a lot of plot points. It is pretty much the only driving story of the movie. Without it, everything else would have been stagnant. Cynthia Rhodes who played Penny was not particularly memorable but did a serviceable job. She retired from acting in 1991 to stay at home and raise her kids.

Jennifer Grey was so beautiful before the rhinoplasty and whatever else she might have gotten done. I'm not condemning those who get plastic surgery, but I really did think she was beautiful when I saw her as Ferris' sister.

Grey came into the role after her time in Ferris Bueller and she brought her loveable brand of snarkiness with her. Swayze has some great moves, and to paraphrase the immortal words of Shakira, "You know his hips don't lie". The pair seemed to have great chemistry especially during the montage scenes when they (mostly Baby) bursts into laughter.

Jerry Orbach plays Baby's father and he really captures that quintessential protective father who has a change of heart by the end. Although he is strict and sometimes unfair, I never see him as a villain, which is a testament to the actor more than the character. Jane Brucker is a riot as Baby's sister Lisa. She is petty, stupid, and her practicing for the talent show is one of my favourite scenes because I could not stop laughing.

My biggest gripe with this movie is the terrible misuse of Kelly Bishop. Granted I've only seen her in Gilmore Girls as the brilliant Emily Gilmore (arguably the most entertaining character on the show) but as Baby's mother, she was absent from the plot entirely. She has some lines of dialogue but they are quickly forgotten. The woman had been on Broadway almost 20 years at the time this movie came out. She won a Tony. She is the triple threat of entertainment. She can sing, she can dance, she can act, yet they toss her in the back like an extra, but I digress.

I keep going back and forth about how I rank Dirty Dancing among dance movies. I think I liked it a little more than both Footloose and Grease, although Didi Conn with that pink hair as Frenchy, oh my!

This Valentine's Day, instead of going out to a fancy dinner. Watch two naive lovebirds fall in love through dance. Then dance to The Time of My Life but don't try the lift. For all the love of all things holy, don't try the lift.

Notes:
- I suck at summarizing movies so just IMDb or Wiki it.