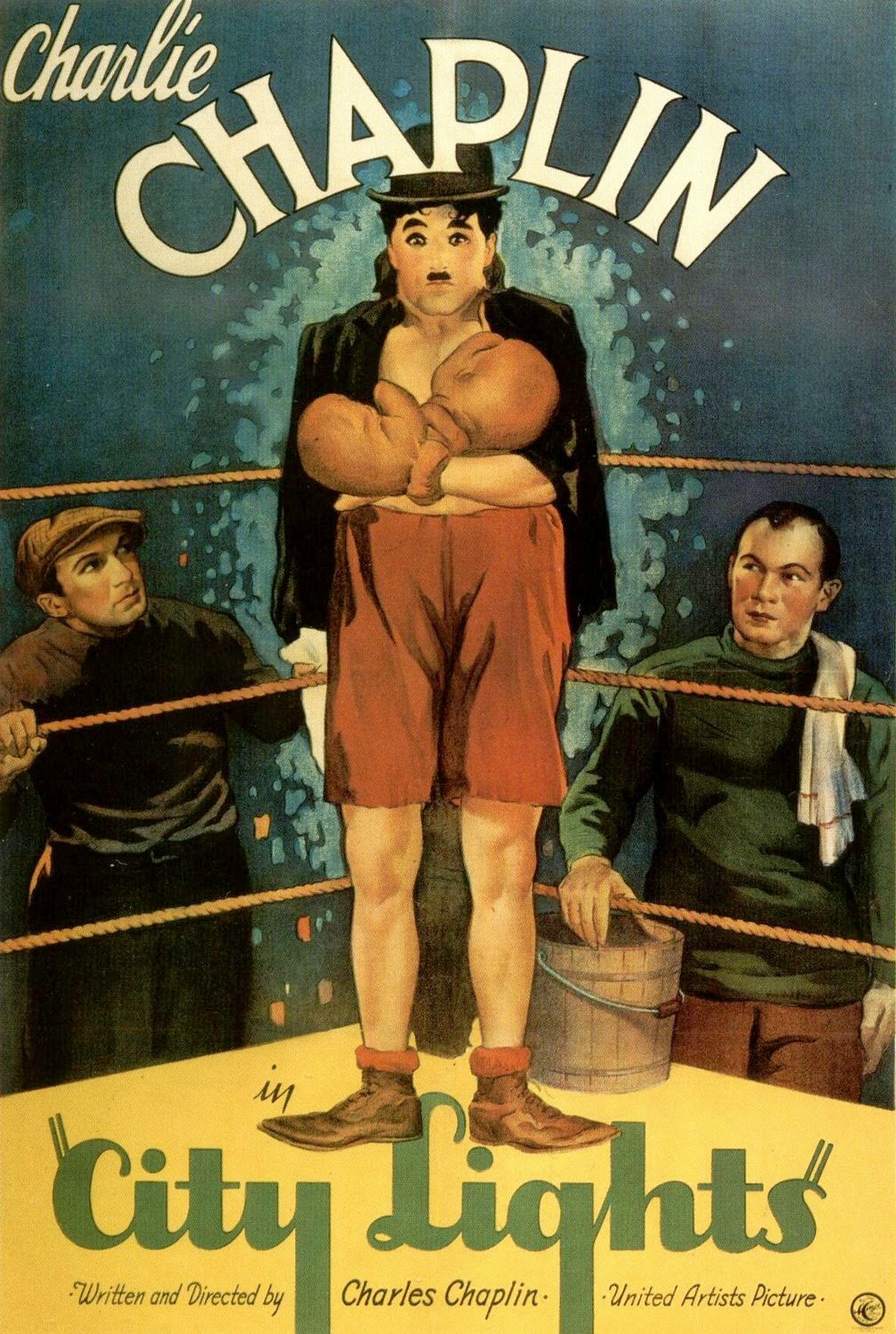 Movies were very different in the beginning and although I'm not exactly drawn to older movies in general, I do enjoy their originality, innovation, and how they have helped sculpt the movie industry of today.

Charlie Chaplin was as big as they come in the early years of film. He got his start in silent film and although "talkies" began becoming more popular he was very hesitant to switch. He believed that silent films were an art form that boasted the highest quality. He resisted the shift in the industry and made City Lights instead.

I have been putting off watching this movie for far too long. It was going to be part of my previous failed project of reviewing AFI's 10 Top 10 lists. City Lights is AFI's #1 in the romantic comedy category and I can see why.

The plot isn't the main point in my eyes but here is a quick summary: Chaplin plays his loveable Tramp and finds himself falling in love with a blind flower girl and has hilarious misadventures along the way.

The title cards were not often used which helped preserve the flow of the movie. Other than to set the scene and some small bits of dialogue, the rest was pretty self-explanatory. Besides, if a picture is worth a thousand words, Chaplin's face and body language could write you a novel.

The movie just seemed to fall into place so effortlessly and in terms of comedy it doesn't get much better than that. His interactions with the millionaire were my favourite. The girl was good too I guess. Chaplin was the master of slapstick and the whole movie was a cycle of running gags that were hilarious at the time and are still rib ticklers by today's standards. Just go in expecting simple yet elegant bits and great physical comedy and you will not be disappointed. If you're not completely satisfied at least it's only 80 minutes that you're not getting back.