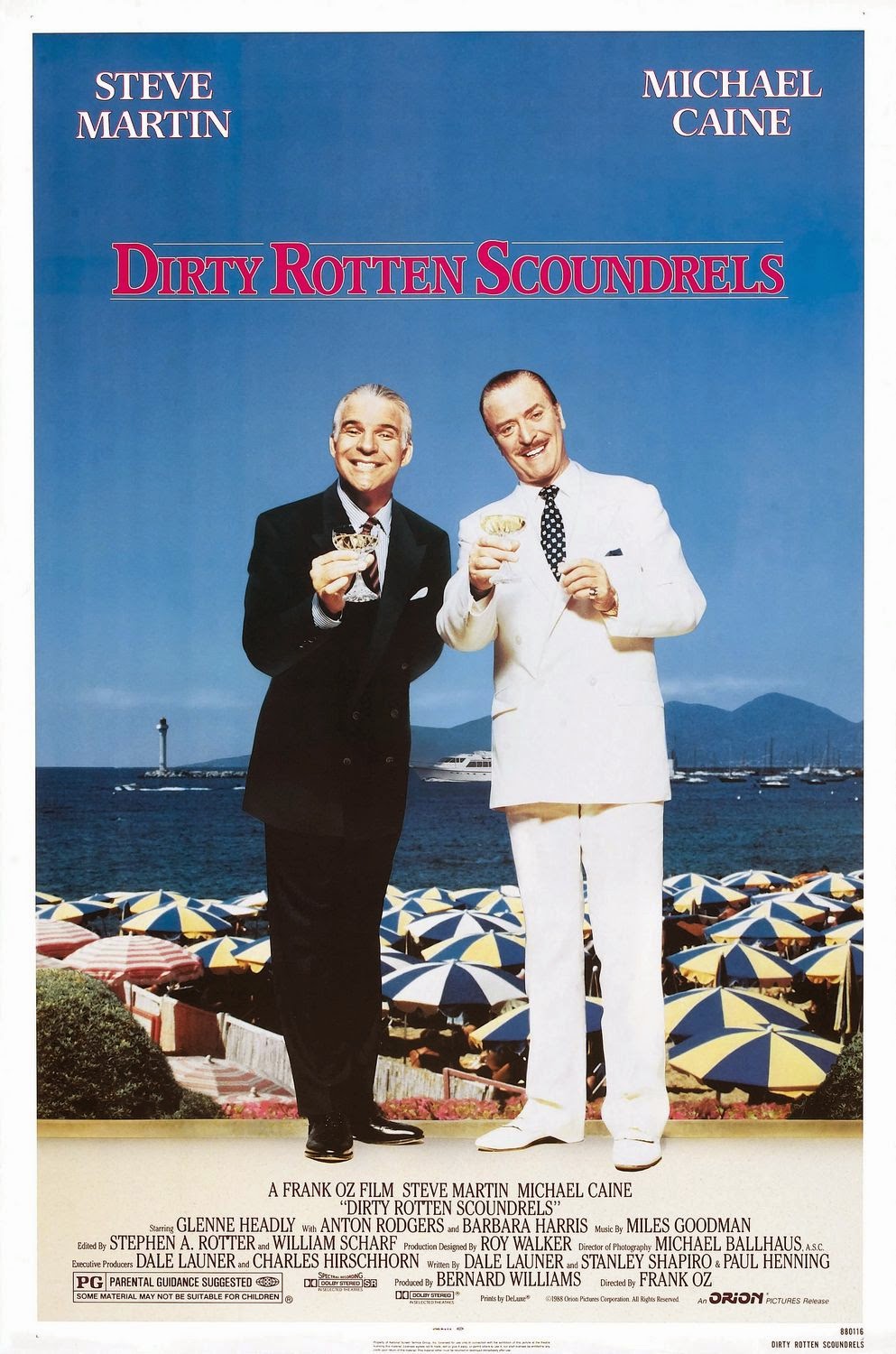 Michael Caine and Steve Martin trying to best each other in the art of the con. A fantastic comedy with a nice twist. These men truly are Dirty Rotten Scoundrels.

A great directorial success from Frank Oz, one half of the brilliant team behind The Muppets. Unbeknownst to me this is remake of a 1964 film Bedtime Story, starring Marlon Brando, David Niven, and Shirley Jones.

The story takes place in the French Riviera village Beaumont-sur-Mer.
Lawrence Jamieson (Michael Caine) is a brilliant and sophisticated British confidence man. He marks corrupt wealthy women to con money from. He lives a elegant lifestyle until he meets Freddy Benson (Steve Martin) a crude, American hustler. Freddy decides to stick around and try his own game much to Lawrence's chagrin. Knowing that the town isn't big enough for both of them, they decide to set a mark and a wager. The first to get $50,000 out of the lovely Ms. Janet Colgate (Glenne Headly) wins and the loser has to leave forever.

I noticed that Lawrence always seems to be prepared for everything and has the significant edge over his American counterpart. While Freddy has some charm for the most part he just seems to stumble into luck while playing the more humiliating of parts in a con. I wish they had made them a little more balanced in terms of skill but it still works out in the end.

I love reviewing movies with small casts because in ensemble movies I feel obligated to review each performance. Simply put, Martin, Caine, and Headly have great chemistry and each add their own great flavour and charm in their performances. It's like getting the Neapolitan ice cream of starring roles.

Want to watch a comedy where Michael Caine and Steve Martin screw with each other trying to prove who is the best con man? Of course you do.