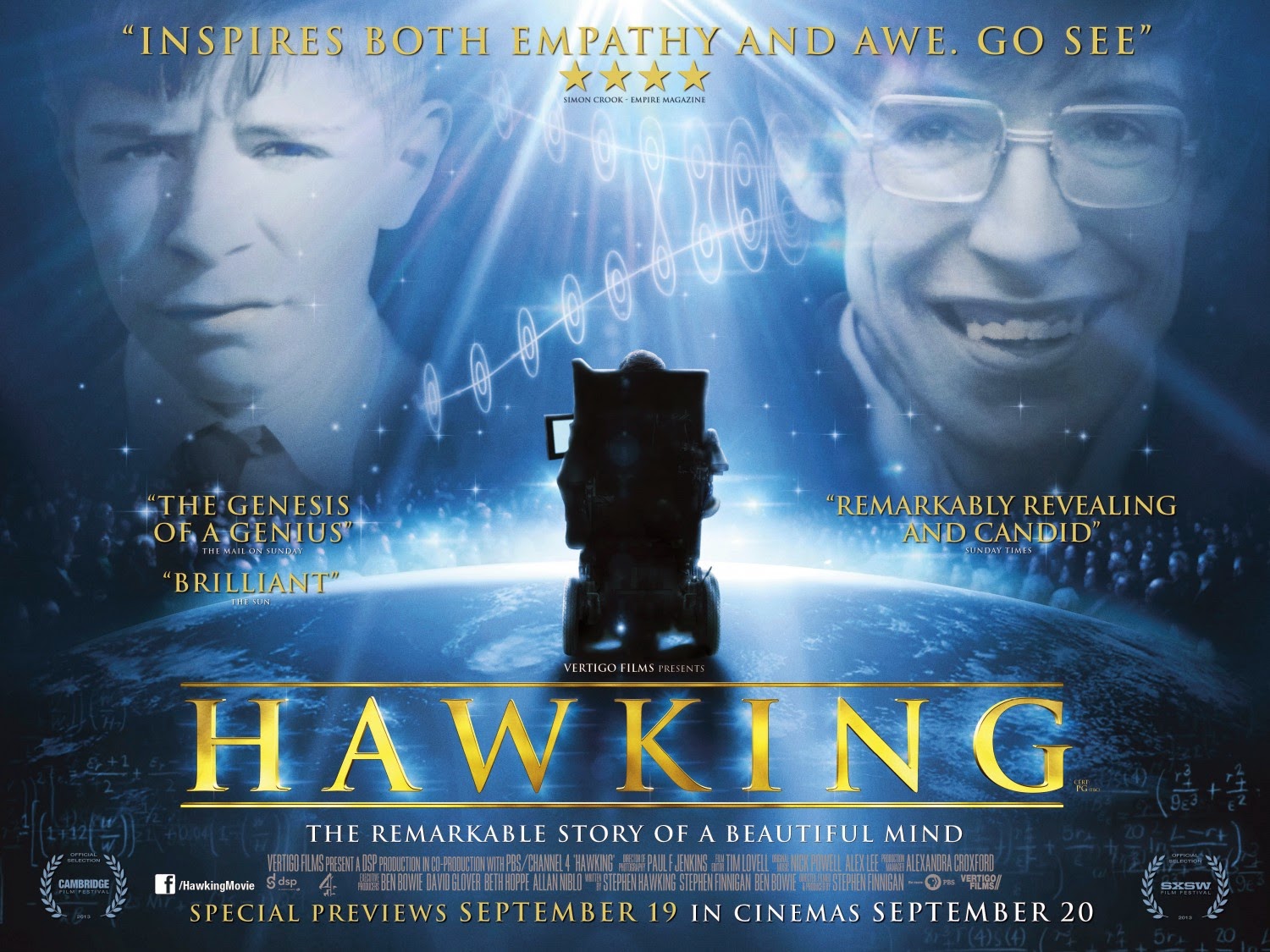 I am not going to do the Ice Bucket Challenge but I will do what I am best at and that is watching movies.

Today I decided to watch Hawking: A Brief History of Mine because it revolves around an amazing man, scientist, and arguably the most well known case of ALS in the world.

This documentary takes a brief glance at the man behind the celebrity. We get to see his personality show. The film skims over a lot of his academic achievements because that is not the story they are telling. I learned a fair bit from watching this, having never read up on Stephen. He is a very stubborn individual. He struggled to come to the realization that he did need full time assistance when his condition degenerated. He loves his fame and celebrity. Although it ended up hurting his family life, celebrity is something he relishes and revels to this day. I also learned of his brilliant sense of humour and positivity. He did go through times of great depression but has battled this disease for half a century and still looks to the future.

I read in a few reviews that others found Jim Carrey's interview to be out of place and it certainly was. Each interviewee up to that point were family, colleagues, students, nurses, or people of particular relevance. The brilliance of Jim's appearance was that it tied well to Stephen's quick wit and humour, he just can't get it across quite that quickly these days.

There were some shots of actors playing younger versions of Stephen interspersed amongst the interviews and actual footage of the man. They had a more artful tone and they made me think I was watching a biopic half the time. Also, I should mention that Hawking provides the narration throughout the film and appropriately so as it is a glimpse at his life, struggles and triumphs. It may be a little off putting for some but I think they nailed it. In short, I found it a bit slow in the middle but well done and a great watch.

I read this quote that I was just drawn to. On Dr. Hawking's office wall there is a signed picture from Stephen Spielberg that says, "I am a great admirer of yours. I film the stars. You actually live among them"


If you haven't heard of the Ice Bucket Challenge and more importantly ALS, you might have been living under a rock for the last month. I choose not to do it not out of disrespect, quite the contrary. Writing this blog is a nice part of my routine and is something I love to do. It is out of respect that I spend time while doing what I love to think about this cause and spread awareness in a way that is right for me. I applaud the Ice Bucket Challenge and all those who have done it because it has raised awareness for a great cause.

In case you haven't seen it here is the reason why millions are dumping ice water over their heads.