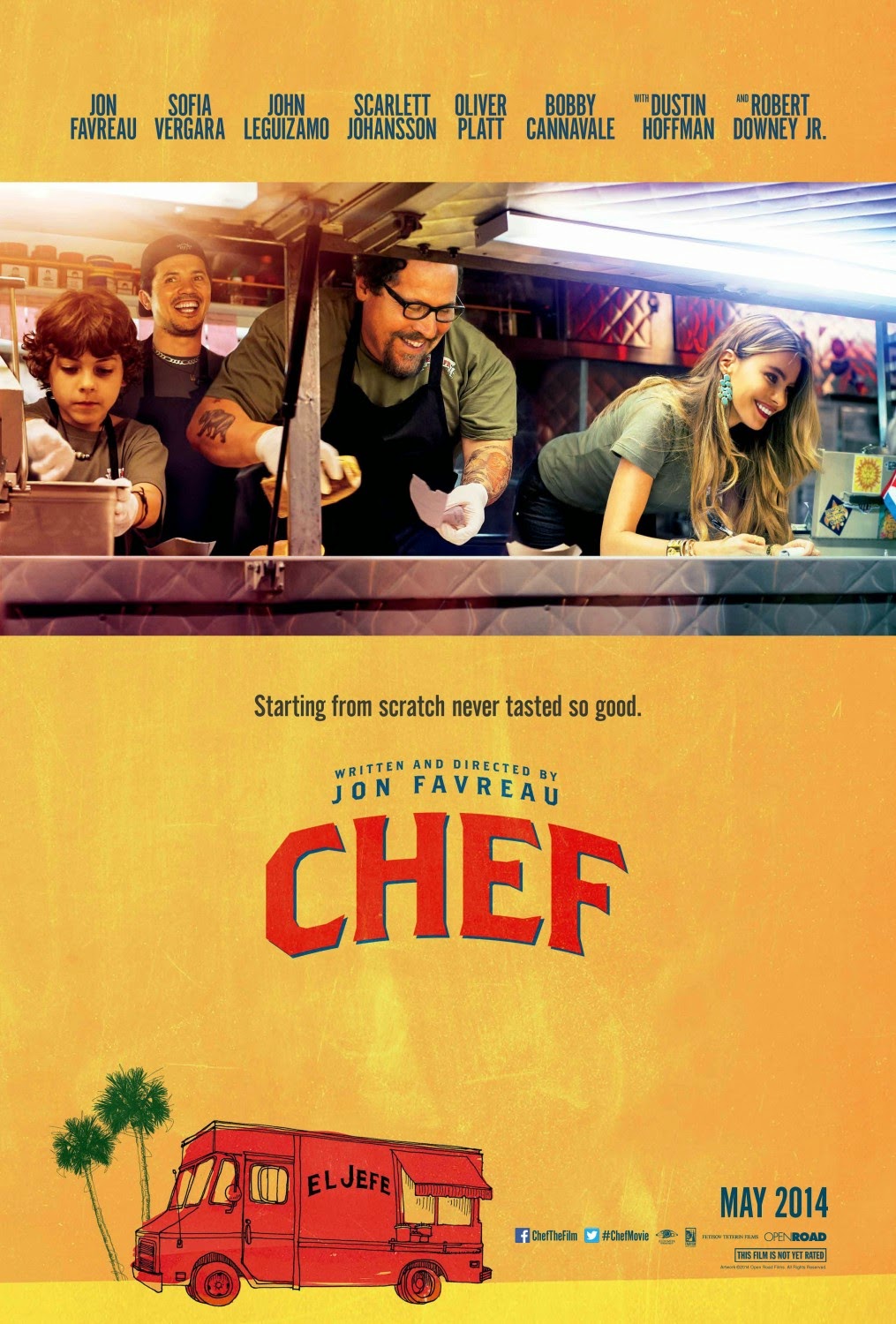 Jon Favreau is back in a starring role in Chef after spending a lot of time in supporting roles and the directors chair. He did write and direct this one though so you won't be seeing him giving that up any time soon.

Chef Carl Casper (Favreau) is one of the premier chefs in Los Angeles but he has hit a creative rut with his menu. He wants to prepare a very special menu for big shot food critic, Ramsey Michel (Oliver Platt) but is restricted by owner Riva (Dustin Hoffman). After making his regular old menu, Michel tears it apart in a scathing review and Carl doesn't handle it well. Mixed with a hilarious misunderstanding of how social media works Carl's reputation is a little tarnished to say the least. He decides to get a fresh start and heads back to Miami where he grew up. He fixes up a food truck and drives it back to L.A., serving Cubanos and other simple food along the way. By his side on the journey are his son Percy (Emjay Anthony) and cook and great friend Martin (John Leguizamo).

The trio of Favreau, Leguizamo, and newcomer Anthony was amazing to watch. They have charm and I particularly like Leguizamo's Colombian roots coming out in a role made for him.

Hoffman's small role was a nice touch but Johansson's character seemed to lift right out of the story. I'm not sure if there were deleted scenes and more that was cut but the character of Molly was not flushed out at all. Sofia Vergara's Inez does what she needs to do. To look hot as all hell and provide a little sanity (but not too much) to Carl's hot mess of a personality. Robert Downey Jr. fit the character of Marvin perfectly. He was quite a douche but served as some comic relief to Carl's serious predicament. Oliver Platt is probably the only disappointment for me. I'm not sure what it was but he didn't really fit very smoothly in with the rest of the cast but maybe that's just me. Russell Peters shows up in a scene as a cop in Miami but doesn't add much to the comedy.

I was surprised but not overwhelmed by the amount of social media influence this movie shows. Not only mentioned but actively used as plot devices are Twitter, Facebook, Vine, YouTube and 1 Second Everyday. It almost seems like paid advertising for these companies and it straddles the line of being too forced. Just try not to think about it too much.

It's a fun ride that you don't need to think much about. Some little bumps but nothing you wouldn't mind overlooking. Just check out the trailer and tell me you don't get hungry just from watching it.